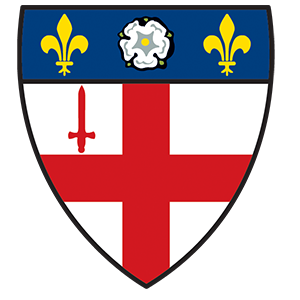 When Christ’s Hospital was first founded, the male and female pupils were based in what had been the Grey Friars’ Priory in Newgate Street, but the girls and some of the younger boys were relocated to Hertford in the 17th Century. The boys at the Newgate campus were moved to the Horsham site in 1902 and were joined here by the girls in 1985. Christ’s Hospital retains strong links with the City of London and many City Livery Companies provide financial support to pupils at the School. The School retains many of its ancient traditions, including the everyday use of its unique Tudor uniform and Band Parade six days a week.

Around 900 pupils are currently enrolled at Christ’s Hospital. Half are boys and half are girls and all are boarders apart from a small number of staff children and day pupils. The main intake each year is at Year 7 (11 years of age) with a small number joining at Year 9 (13+) and 40 to 45 new pupils joining in the Sixth Form. A balanced pupil population is a feature of the School, and children are admitted from a wide range of backgrounds. Selection is based on academic ability, talent in some combination of music, art, drama and sport and the potential to benefit from a first class boarding education. However, the over-riding principle of the admissions process is to help those with need, whether that need be financial, familial or educational.

The School offers a traditional academic education and our expectations of pupils are high. Excellent standards are achieved, with 85% of pupils gaining places at Russell Group universities, art colleges or music conservatoires. Around 10 pupils each year go to Oxbridge colleges.

Currently, over 60% of the cost of running the School is funded by Christ’s Hospital’s charitable Foundation, with the balance coming from grants from a variety of sources and from a minority of pupils whose parents pay full fees. Around 75% of pupils receive bursary support; 14% pay no fees at all and 24% pay full fees.

The school has a proud tradition of sporting achievement and runs an active and successful broader curricular programme that includes CCF and the Duke of Edinburgh Award Scheme. Music is outstanding and in addition to the Marching Band, there is a large and impressive Chapel Choir, plus various orchestras, classical ensembles and jazz groups. Drama flourishes with regular productions in the purpose-built theatre and the Art School produces work of a very high order. The lesson timetable is planned across a two week period (i.e. Week A and B), which is spread across six days, with five lessons on Saturday morning and games or activity sessions on three afternoons each week including Saturday. The school works on a three weekly cycle, with a leave weekend or longer break at the end of every three week period. All staff are expected to contribute to the busy co-curricular programme throughout the year and day staff are required to help out in a boarding house for one evening each week.

Christ’s Hospital takes part in the Newly Qualified Teacher scheme and provides assistance and guidance for staff who are working towards NQT status.