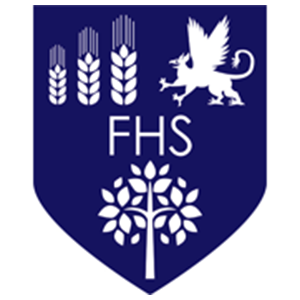 At FHS each individual will realise and achieve their full potential academically, personally and socially through a rich and varied curriculum, state of the art technology and outstanding teaching and learning.  We will inspire all members of our community to become global ambassadors.

Featherstone High School is a mixed comprehensive Sports and Applied Learning School consisting of approximately 1500 students aged 11-19.  It was formed in 1967 when the Boys’ Secondary and Girls Secondary were merged to serve the local community of Southall and the surrounding areas.

In September 1999 Featherstone was designated as a Sports College and in April 2006 we took on a second specialism in Applied Learning. The school’s sports and recreational facilities were enhanced by a flood-lit all-weather multi-use games area. A lottery grant of £1.8 million financed the extension of sports facilities to include a multi purpose gym, dance studios and astro-turf. These facilities are extensively used by the wider community outside the normal school day. The facilities are open seven days a week. Membership numbers are rising, with approximately 100,000 users annually. A £10 million grant from the Learning and Skills Council gave as the opportunity to reopen a state of the art 6th form building which opened in September 2009.

The last OFSTED report was a testimonial to the school’s efforts and achievements. It placed the school in the “Outstanding” category.  We were one of the first 103 secondary schools nationally to become a Leading Edge School from September 2003. This gave us an opportunity to share our innovations and success with other schools so they can adopt our successful practices. We are also a Lead Practitioner School for Inclusion for the Specialist Schools Trust. We received a letter in July 2010 advising us that following one of the new “Interim Ofsted Inspections” we had been judged as continuing to perform at an outstanding level.