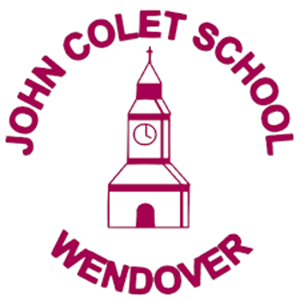 John Colet School is a mixed, non-denominational secondary with sixth form situated in Wendover, Buckinghamshire. It is an academy, supported by the John Colet School Academy Trust. It has 1051 students aged 11-18.

When John Colet School opened in the 1950s, it taught around 400 children aged 11-15. It has been expanded a number of times: biology labs were added in 1982; it underwent a major renovation in 1989, when the original part of the school was demolished; and a swimming pool was built in 1997. It became an academy in 2011.

The school focuses on being a positive and supportive environment for students, always striving to improve and achieve success. John Colet was a merchant and priest who studied and taught at Oxford University; he believed in humanism and became dean of St Paul’s Cathedral.

Facilities include a lecture theatre, sports hall and field. There are frequent music productions and drama performances.

“Leaders at all levels have taken effective steps to improve teaching so that teaching is now of a high quality in the majority of subjects across the school. Disadvantaged pupils are making more progress, especially in English and mathematics, and the gaps between these and other pupils are narrowing rapidly. Pupils are well behaved, respectful and well prepared for life in modern Britain.”