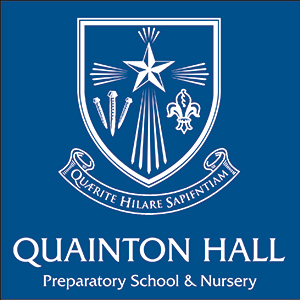 Situated in the heart of Harrow, Quainton Hall is blessed with enviable facilities whilst providing easy access to London and the country.

It’s founder, Mrs Agnes Eyden, established a school that not only had academic excellence as its core aim but also school that offered the breadth of education that the boys and girls required at the end of the 1890’s. The school became a renowned coeducational school with a strong Christian ethos.

In 1923 Agnes’ son, Montague (affectionately known as ‘Mont’) took over the headship of the school. It became a single sex boys’ school aimed at providing an all-round education for the sons of local gentlemen, catering for pupils up to the standard independent school transfer age of 13.   Mont was succeeded by Peter Milner, himself an Old Quaintonian, who later retired after 29 years in post. During this period, and later under the headship of Desmond Banister and Edwin Brown, the school further expanded, and with the acquisition of an established local nursery it was changed to a co-educational establishment for 2½ to 13-year-olds.

Although much has changed in local demographics and in the world at large since QHS was first established, we have maintained a steady growth while remaining true to our key values.  Children of all world faiths (and none) attend the school, which offers a curriculum of true breadth.  The present Head, Simon Ford, is only the 6th Head to hold this position over the last 120 years. The Nursery and Reception classes are now situated on the main school site which boasts facilities such as an astro-turf, indoor swimming pool, IT and art suites, spacious new classrooms and a brand new Early Years building.

We are a school that is proud of its academic tradition, that possesses a genuine sense of community and that very much has at its heart the interests of the girls and boys. As educators and in the increasingly competitive environment in which children find themselves today, we believe it is our duty to foster creative thinking, to develop independent learning and to support every child in gaining the confidence to believe and know that they ‘can’.