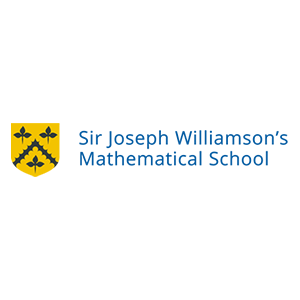 Sir Joseph Williamson’s Mathematical School (or ‘the Math’ as it is known locally) is a boys’ grammar school with 1350 students on roll that admits girls in the sixth form. The school is very popular and is regularly oversubscribed. The school became an Academy in April 2011.

Ofsted judge the school to be ‘Outstanding’, a grading the school has held since 2005. In our last report the lead inspector noted that ‘a buzz of excitement pervades the school.’

Recent years have seen the school consistently improve on already outstanding examination results.  Results in 2019 saw 99% of pupils gain Maths and English grade 4 with 93% gaining grade 5 in both, and a progress 8 score of +0.53. There were also some of the best A Level results in the school’s history with 40% of grades at A*-A for the first time. However, the school offers more than outstanding academic outcomes, it also provides exceptional opportunities for individual development in sport, the arts, music and many other areas.