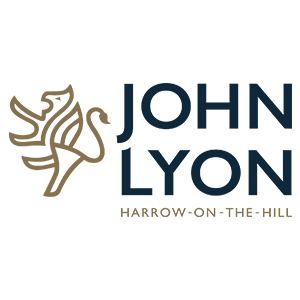 John Lyon is a successful and well regarded independent HMC boys’ school situated in Harrow on the Hill. We are approximately twelve miles from the centre of London. The School is easily accessible from two nearby underground stations and is also served by a number of local bus routes.

The original buildings have been greatly augmented over the years, most recently with a multi-million pound development of the new Sixth Form Centre, a Science wing, second Drama Studio and Fitness Suite. A series of planned projects will further enhance the quality of facilities at the School. The general standard of teaching accommodation is excellent, with subjects taught in clustered classrooms. Departments are well resourced including interactive whiteboards and dedicated office space. We have a sports centre on the main site, which includes an excellent swimming pool, and our 25 acre sports ground, Sudbury, is just a few minutes away.

The School aims to give an all-round education, developing every boy to his maximum potential in a happy and caring environment. The emphasis is not only on high academic achievement but also on musical, artistic and creative skills, together with sport and extra-curricular activities. Pupils join us principally from schools in the London boroughs of Harrow, Hillingdon, Ealing and Brent, but a good number travel from much further afield.

The School is proud of its excellent academic reputation and nationally we are ranked as one of the top-20 boys’ independent schools at both GCSE and A-level. We are an academically selective day school and our boys achieve impressive results. In 2014, 13% of all the A-levels taken at the school were awarded the A* grade, whilst 92% were at grades A*-C. The schools pass rate amongst the 67 students was an impressive 99%.

At GCSE, 30% of all grades awarded were at the A*grade, whilst 86% of grades were awarded at the A*-B level.

Our HPQ and EPQ results are outstanding, with 100% and 91% of our students achieving grades A*-A.

Amongst our major strengths are Drama and Sport. Drama is taught as a specialist subject, with regular large-scale productions and an annual musical performed in Harrow School’s Ryan Theatre. In Sport, teaching is of a particularly high standard, and a number of boys compete at county and national levels.

We have 60 teaching staff. All staff are expected to play an active part in the wider life of the school. John Lyon has its own salary scale which exceeds that of the maintained sector.