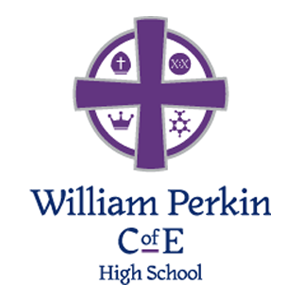 William Perkin Church of England High School opened as a Free School in September 2013 with its first intake of Year 7 students, and now has six year groups (7 – 12) totalling almost 1,000 students in Year 7 – 11 and around 160 students in Year 12. The school is founded on the successful systems and approaches of Twyford CE High School, with the principle difference that it is a distinctively Christian school with open admission criteria. The school is rated ‘Outstanding’ in all areas by Ofsted (June 2015) and SIAMS (October 2016) and is oversubscribed on first choice applicants. The Twyford Trust’s fourth school – Ada Lovelace CE High School – opened in September 2018 and is temporarily based in additional accommodation at the William Perkin site until its own new building opens in September 2020. Ada Lovelace currently has 125 students in Year 7.

The Twyford Trust was established in October 2011 to enable an existing School, Twyford CE High School, to build on its successes and look outward to the large number of parents who were eager to become part of its community. The Twyford Trust aims to deliver outstanding education in a comprehensive school setting, and embraces the Twyford School motto ‘Life in all its fullness’, encouraging students to use their individual gifts wisely and well. Supported by the London Diocesan Board for Schools (LDBS), the Trust is the overarching organisation which provides support for all Trust schools. The Trust comprises four schools in the London Borough of Ealing – Twyford CE High School (Acton), William Perkin CE High School (Greenford), Ada Lovelace CE High School (Greenford) and Ealing Fields High School (South Ealing).